How to Automatically Remove Old Obsolete Kernels in Linux Mint

Starting in Linux Mint 19.2 you can set the OS to automatically remove obsolete kernel versions and dependencies. The new Update Manager app comes with the appropriate option. It is disabled by default. Here is how to enable it.

In Linux Mint 19.2, the Update Manager received a number of improvements.

You are done. From now, Linux Mint will remove old kernels automatically on a weekly basis. 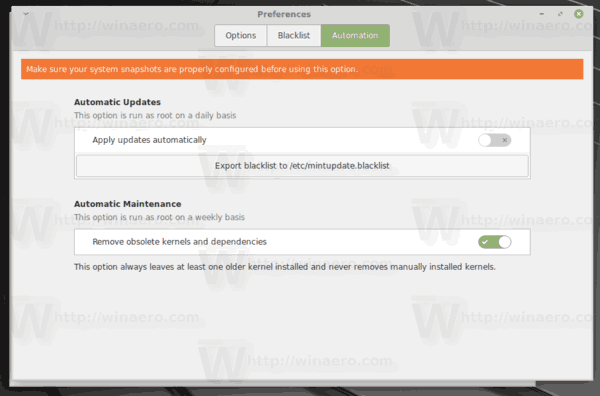